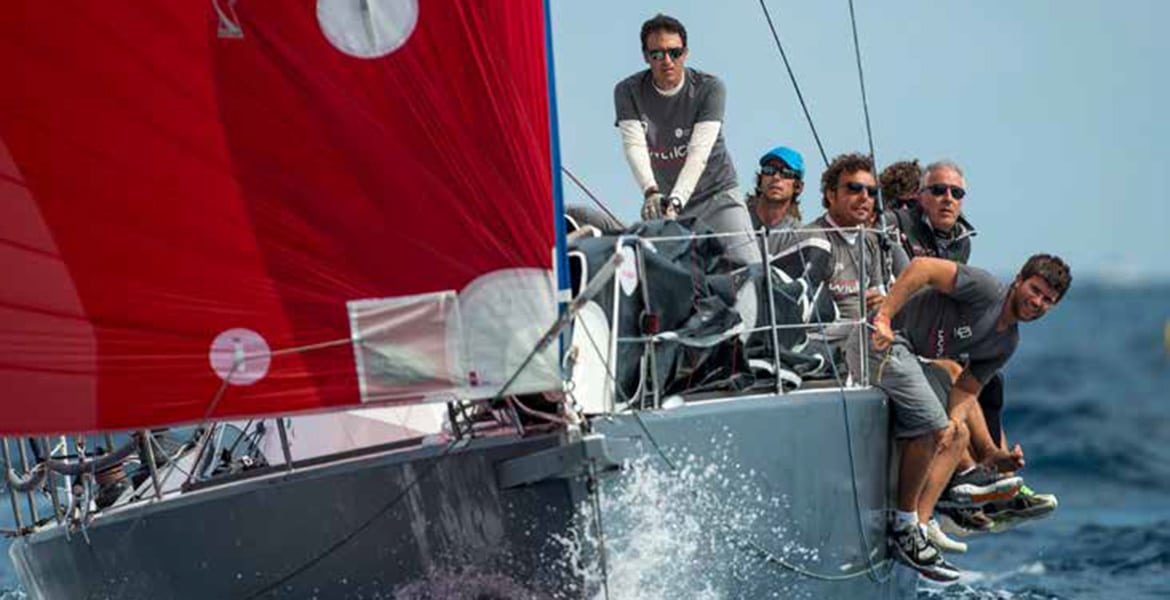 This nice project by Marco Lostuzzi, designed for Arya Yachts from Venice was built in 2007 by 2M Marine, when Maurizio Cossutti was still part of the yard, aim to have a competitive IRC / ORC design.

During the first years the boat, that has always proved to be quite fast, was struggling to find her way in corrected time, especially under ORC rule, while IRC was not so extensively used in Italy. Give Me Five, as she was originally named, in her elegant silver paint and striking Venice Lion stickers, was originally rigged with traditional symmetric and asymmetric spinnakers on pole. A first step of optimization was made by the designer himself switching to asymmetrical gennakers on bowsprit during the 2010 – 2011 season. In 2014 our Studio was involved by team manager and helmsman Daniele Augusti in the optimization process of boat number 2 White Goose and then on the newly built unit 3 Gray Goose, starting with sail measurements and internal ballast studies. After this step Arya won the ORC Italian title in Loano in 2014. The sailing data collected and the crew feelings still indicated that there was something missing to be fully competitive in the mid-sized boat division. So a new keel shape was defined to give more lift upwind and at the same time a better rating

Increasing in gennakers area allowed for better downwind angles and finally the package was complete and suitable for allround performances and competitiveness in corrected time. 2015 Italian ORC Championship in Civitanova Marche was won by great margin, but a measurement error brought dark clouds on the performances and suspect on the crew and boat; during winter the boat was remeasured, and raced in 2016 with a correct certificate, but with the same configuration of 2015, winning the ORC European Championship in Porto Carras, conferming the good rating/ performances trade off and sweeping away all polemics. In 2017 in view of the 2017 ORC worlds in Trieste also the original Give Me Five was updated similarly to Duvetica, and ended with a very convincing 4th overall. The boat was performing well also in Barcolana as she won the cruise class in 2015 and 2016.