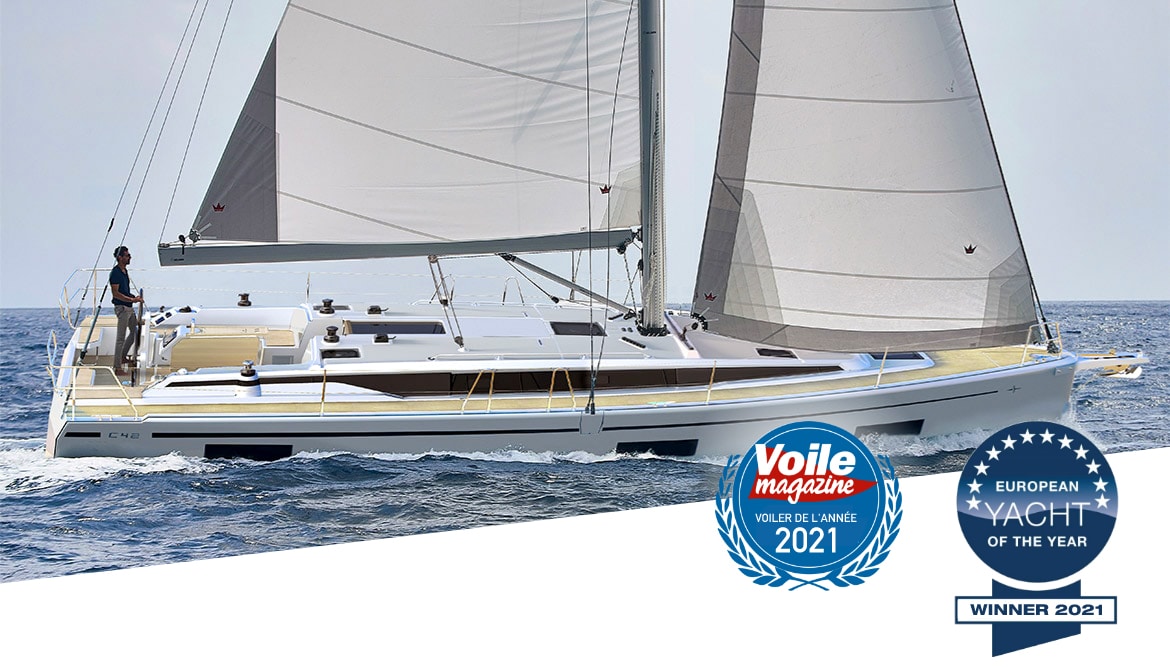 As the previous C series models designed by our Studio, the Bavaria C42 has been conceived as an innovative product, earmarked to become a front-runner in the 40-42 feet range. The Bavaria C42 won the award “European Yacht of the Year 2021” in the family cruiser category.

The C 42 is the first model to come from the Bavaria shipyard after the change in ownership and management. The yard’s request was to maintain the main design features of the C line models 57/50/45 but, at the same time, impart a clear, precise sign of the change in direction and mindset.

How to transfer an abstract concept onto paper and then into a product reality: this was not an easy task for us. Working together with the boatyard in an “open minded” approach, we thought that maintaining deck styling would carry over the family feel, while a new concept hull would help send the market the desired message. Nevertheless, the new hull should not be merely an exercise in style; it should be functional for the purposes of the C 42; and, thus, for the first time in the Bavaria boatyard’s history, we have a sailing yacht hull with a pronounced but elegant chine.

The bow is wide and rounded above the waterline and then tapers and is faired below, giving the boat an aggressive, racy look – reminiscent of the most recent ocean race craft – while leaving room for sensational interior volumes.

The philosophy behind the “C” line – to achieve a pure “sailing” feel – is carried on with this new model: for this reason, the C 42 offers a very generous sail plan with the tallest mast of any of its competitors. All this power can be easily governed thanks to its high form stability and the righting moment provided by the bulb, thus ensuring that the boat can sail trouble free in complete safety.
As with the previous models, there are options for self-tacking and or a traditional jib on longitudinal tracks and for a bowsprit for the gennaker to support the anchor system.

The building system reflects the one developed and improved upon for the other models: sandwich hull on the sides and single skin on the bottom; laminated bulkheads on the extremities of the hull together with the modular “Modutech” assembly system.

When developing the rigging and sail plan, the development team from Bavaria and Cossutti Yacht Design focussed on two aspects in particular: easy handling and above-average performance. 54 square metres of sail area for the mainsail and 47 square metres for the genoa sail provide the Bavaria C42 with an extra portion of power from the wind.

While sailing with the wind abeam or running before the wind, a Code O sail (85 square metres) and a gennaker (140 square metres) ensure maximum speed. The self-tacking jib means the easiest of handling when tacking. What’s more, it’s included in the standard version of the Bavaria C42. In order to be able to perfectly trim the two-spreader mast on all courses, a backstay and backstay tensioner are also included in the Bavaria C42’s basic equipment.

In the design and construction of the furniture, Bavaria has introduced a clean, streamlined style to optimize costs while maintaining a feeling of elegance and comfort. The basic layout has three cabins and one head, but options are available for two cabins plus stern storage area, or two heads, one in the bow for the owner, the other located in the central area. The galley is L-shaped as in the C45/50 and is quite large. The living space is completed with a U-shaped sofa with openable table on the starboard side and linear portside sofa and chart table.

The deck plan includes lines leading to the two winches located to the side of the entrance; there is also the possibility of two optional winches on the 105% jib, but also an additional option to bring the two aft winches to within the helmsman’s reach for self-tacking on one side and the mainsail on the other. 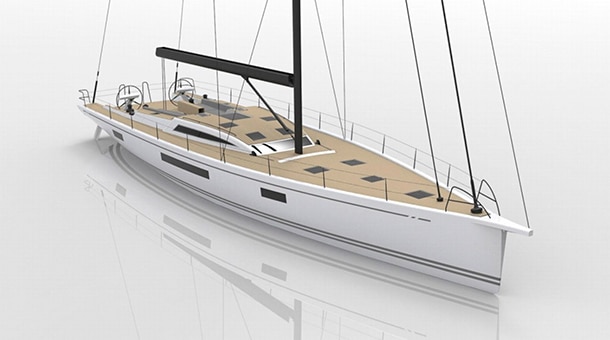 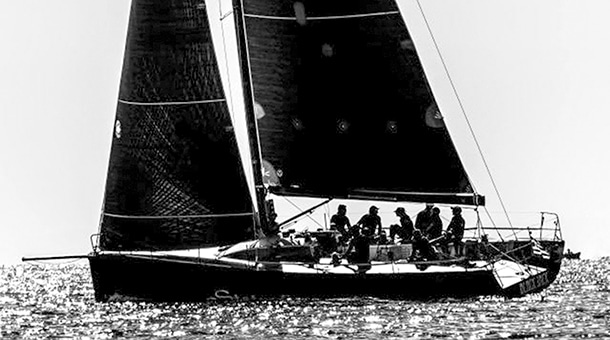 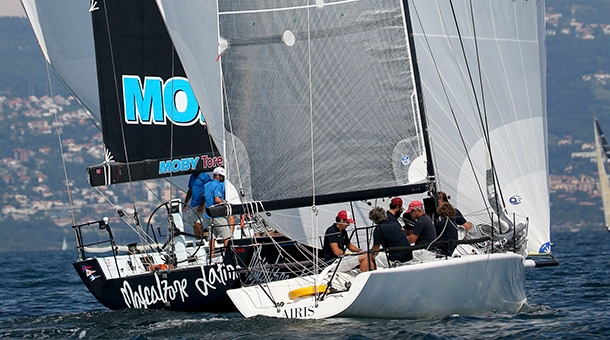 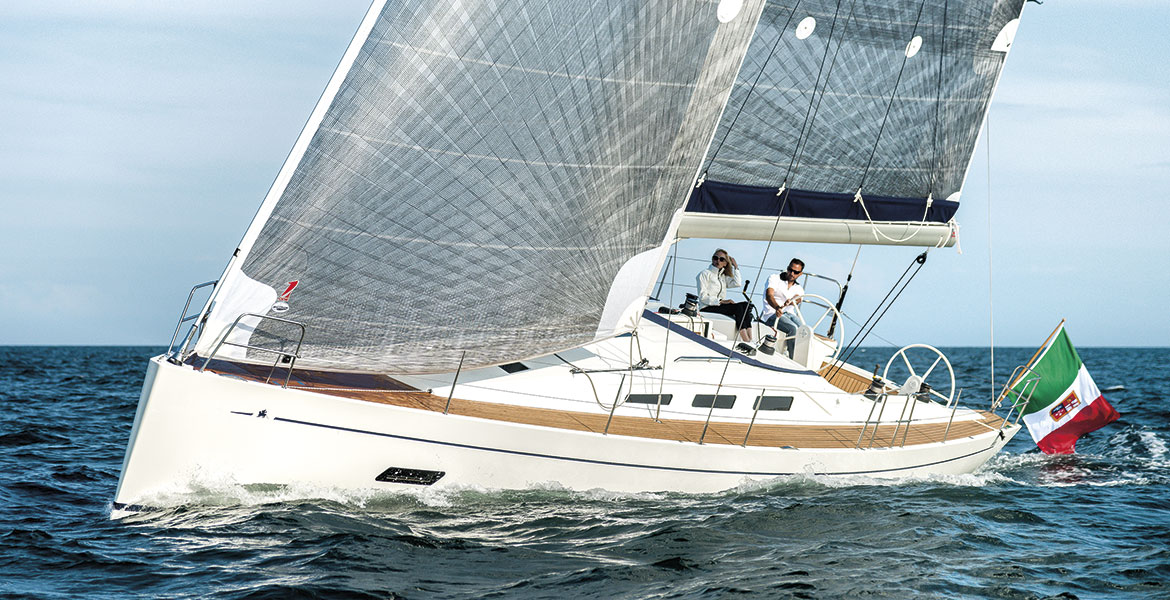